On June 27th, the webmasters around the world has witnessed one of most buzzing "PageRank Update" in recent history. Some highlights of this interesting update were -
PR of Google itself- which is down to 9 from 10.
And a custom blogspot blogger getting PR 8 from 0.


These two facts are enough to assume that Google may have implemented major change in its Pagerank algorithm. And after nearly 15 days of mini research and surveys, I have no doubt declaring - 'Yes Google's PageRank algorithm update is reality.' It may have hit some webmasters badly. But in order to make yourself acquainted with new Pagerank algorithm, you need to know the whole thing again.


Why this Change?
Before you get to know the latest pagerank algorithm, you should know the exact reasons why Google has gone through such robust changes in its Pagerank algorithm.
You can say Google was caught in its own trap! How?
You know that some years back Google invented the 'nofollow' attribute for comment spamming. Though By implementing 'nofollow' attribute, the issue of comment spamming was controlled to some extent, but there was developing another bigger problem. That was directly connected to the Google's unique search algorithm. The main problem, Google was facing natural referencing often got the 'nofollow' attribute, which Google never expected.

To adjust yourself with the new PR algorithm, you should concentrate on these six tips-

1)Nofollow attribute: Nofollow links has come with a bang. As a result of this unexpected change, links with nofollow attribute can not be overlooked now. Some websites, with only nofollow backlinks has got a PR rise after this update, which only strengthen my view.

2)In content Dofollow: Though it still have value, but it priority has been lowered as Google is noticing 'In-content Dofollow link' trading is only increasing.

3)Directory links: Some gurus are making rubbish statement by saying Directory links are no longer important. But that are only applicable for low quality directories. Directory like Dmoz will always have its value.

4)Social Backlinks: Though social links comes with natural 'nofollow', it has its effect on PR. So never ignore facebook, twitter, linkedin backlinks.

6)Inner navigation: Your URL structure and navigation of your website also will have more effect on PR from now on. So make sure your website's URLs are crawl-able and search engine friendly.

I hope these tips will help you to understand the Google's new Pagerank algorithm. I have just briefed the major points here for a quick overview.
Posted by Junexpress at 9:50 AM 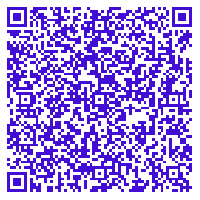